Skip to Main Content
It looks like you're using Internet Explorer 11 or older. This website works best with modern browsers such as the latest versions of Chrome, Firefox, Safari, and Edge. If you continue with this browser, you may see unexpected results.

Virtual Providence is a series of 360-degree video tours of cultural institutions in Providence created by local teens in the library. These video tours will be available to be experienced in all Providence Community Library branch libraries and through the system’s bookmobile as a supplement to the summer reading program. Library staff had noted that many of the children who participated in summer reading did not complete any experiential learning options—like visiting the RI State House or Zoo—which they can do as part of the “summer learning passport” program.  Virtual Providence is meant to offer children who cannot visit such places in person the opportunity to visit virtually.

Spearheaded by the library’s IT manager, Virtual Providence created opportunities for teens to learn a new digital skill while simultaneously allowing children across the city to experience cultural institutions through virtual tours.
Providence Community Library has teen summer interns who, as part of their work for the library, are creating 360-degree video tours of locations, including planning the videos and shooting and editing footage. Once the videos are created, they are uploaded to YouTube’s 360-degree platform and shared with children and families across the library’s nine branches and bookmobile via virtual reality (VR) headsets.

To execute the project, the library purchased an Insta360 Pro camera, opting for 8K definition to capture higher quality footage. To accompany the camera, they purchased an extra battery, charging port, and external storage to accommodate the large files. The library settled on Adobe Premiere Pro as the software capable of editing the videos to their highest quality. They purchased a tripod, which they attached to children’s wagon for increased stability. Finally, after initially proposing a VR headset/phone combo, the library purchased Oculus Go headsets, which require neither phone nor sensor for set up.

To allow library staff to fine-tune the filming and editing process, test videos were created at a story time to allow and on-site at the Soaring Eagle Zipline Ride at the Roger Williams Zoo. During this time, the library attended both community events and RI library events to promote the project, giving community members and librarians the chance to view the test videos on the Oculus Go system.

Finally, the library recruited teen interns and filmed tours at two cultural institutions: The Roger Williams Zoo and the Rhode Island State House. Following filming, these videos were stitched by library staff using Adobe Premiere Pro and loaded into the Oculus Go headsets. The headsets were loaded into the city’s bookmobile so summer learners across the city can experience the videos.

Getting The Show on the Road

Virtual Providence would not have been possible without strong community partnerships. Leading up to this project, Providence Community Library was introduced to Rhode Island Virtual Reality (RIVR), a group of professionals and volunteers whose mission is to spread virtual reality throughout Rhode Island. RIVR was an asset in collaboration, information sharing, and the planning of project activities.

This project also hinged on the partnerships of the cultural institutions that served as tour sites. Providence Community Library developed an easy working relationship with the Roger Williams Park Zoo, which offered the teens and their instructor free admission for the day and provided early entry so that they could conduct the first recording session without waiting in lines. The Rhode Island State House, similarly, provided a dedicated tour of the State House exclusively for student interns.

Partnerships were not without their challenges, particularly regarding scheduling. Though the zoo was happy to accomodate the library, the animals’ feeding schedules overlapped with school hours and filming was delayed until summer break. The tour of the State House took time to receive the go-ahead, as approval for the teens to complete the tour needed to come from higher up in the State House management. This tour was not completed until August, beyond the close of the project window.

Despite the challenges, both the zoo and the State House were enthusiastic and accommodating partners. Each institution appreciated the potential value of these 360-degree videos which will ultimately be made available not only to the Providence library community, but to the rest of Rhode Island and, through YouTube, the entire world. Providence Community Library plans for future partnerships and collaborations with other organizations, with the goal of expanding their 360-degree archive to institutions across the state of Rhode Island.

This project focused on both the experience of using virtual reality as well as the creation of it, as the library was eager to use virtual reality tools for a meaningful purpose. The Providence Community Library is passionate about 360-degree video as a new archiving format. They are excited both to capture the experience of living in Providence in this immersive format and to share that experience with community members, the organizations they film, the world, and future generations.

If a library wanted to replicate this project, there are several lessons learned to consider. The technical knowledge required to stitch the videos was a bigger challenge than anticipated. Adobe Premiere Pro has a steep learning curve, and the process took a full night to render, so it was impractical for teens to learn this component of the process. The project team recommends hiring an expert to teach these skills. Even with this challenge, participating teens were able to learn a variety of skills: setting up and using VR headsets, filming with a 360 degree camera, storyboarding a tour, editing footage, and writing and recording voiceovers.

The library quickly discovered that extra batteries and a portable charger were necessary for filming longer stretches of time. They also needed to acquire external storage for the very large files—and had to shop around to find the right fit, as many hard drives were not compatible with the 360 video files.

As test filming commenced, the library also found that despite their higher-quality camera, the footage was a bit too shaky, which would be more likely to trigger motion sickness in viewers. To combat the shake, the library mounted the tripod on a children’s red wagon. This stabilized the camera with the added bonus of creating an eye-catching display that draws curious community members to the camera.

Once the teens’ Roger Williams Park Zoo videos were stitched and uploaded the Oculus Go headsets, they were sent out with the library’s bookmobile for use by children and families across the city. Lines formed as children marveled at how large and close the animals felt.

Sanitation was a simple but unexpected challenge when using the headsets. As multiple people used the headsets, the cloth that touches people’s faces became dirty and the material was not easy to clean. Currently, the library wipes each Oculus Go with disinfecting wipes between uses and is looking into leather covers that will make cleaning easier.

The Zoo, State House, & Beyond

Virtual Providence sought to use virtual reality headsets and a 360-degree camera to create experiences of local cultural institutions so that they might empower young people to become digital creators, provide increased access to learning experiences for city children participating in the Passport to Summer Learning program, and strengthen the connection between the library and surrounding cultural institutions.

The Providence Community Library was successful in creating 360 degree video experiences of two RI institutions—the Roger Williams Park and Zoo and the RI State House—despite several disruptions in the timeline. The larger-than-expected learning curve on the equipment, the difficulty building a schedule around both school-aged teens and hungry zoo animals, and significant changes in library staffing meant that video production did not begin until July, fourth months after it was planned to launch.

Four teen interns participated in the full-day filming experiences, learning to operate the camera and storyboard a video. Scaling the project to include more teens may be difficult for additional tours of cultural institutions, which require coordinated travel. However, the library has plans to try. In addition to seeking more cultural institutions to tour, the library is also interested in creating more in-house videos to promote library services, and may be able to work with more teens in that capacity.

As the library tested the equipment at community events like Brown University’s Robot Block Party and PVDFest art festival, many community members were able to try the equipment out before the bulk of videos were made. The Soaring Eagle Zipline 360-degree experience test video has been viewed on Oculus Go sets by over 100 community members. Many more were able to try out other experiences on the headsets as well.

This project has already had a significant impact on the RI and southeastern New England library community. The thoughtful and purposeful approach to using virtual reality coupled with the digital creation element make a potentially exciting model for libraries that are considering incorporating virtual reality into their library.

Providence Community Library has presented at several workshops with the RI Office of Library and Information Services, as well as at the Ocean State Library Consortium and the Connecticut State Library. 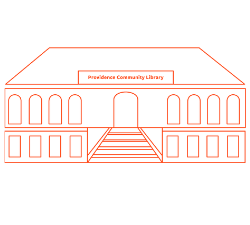